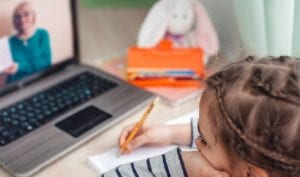 Remote Learning? No Thanks.

The coronavirus is so widespread in the U.S. that many schools are unlikely to reopen anytime soon. Already, some large school districts — in Atlanta, Houston, Los Angeles, Phoenix, suburban Washington and elsewhere — have indicated they will start the school year entirely with remote classes. Yet many parents and children are despondent about enduring online-only learning for the foreseeable future.

So it makes sense that the topic of home schooling is suddenly hot.

Parents who never before considered home schooling have begun looking into it — especially in combination with a small number of other families, to share the teaching load and let their children interact with others. Some are trying to hire private tutors. One example is a popular new Facebook group called Pandemic Pods and Microschools, created by Lian Chang, a mother in San Francisco.

Emily Oster, a Brown University economist who writes about parenting, has predicted that clusters of home-schooling families are “going to happen everywhere.”

Of course, many middle-class and poor families cannot afford to hire private tutors, as my colleague Eliza Shapiro pointed out. But there is nonetheless the potential for a home-schooling boom that is more than just a niche trend among the wealthy.

Consider that the population of home-schoolers — before the pandemic — was less affluent than average:

Eliza told me that she thought many families, across income groups, were likely to consider pooling child-care responsibilities in the fall. Children would remain enrolled in their school and would come together to take online classes in the same house (or, more safely, backyard). In some cases, these co-ops might morph into lessons that parents would help lead.

As for high-income families, they may end up having a broader effect if a significant number pull their children out of school and opt for home schooling. “We could see a drain on enrollment — and therefore resources — into public schools,” Eliza said.

As Wesley Yang, a writer for Tablet magazine, asked somewhat apocalyptically, “Did public schools in major cities just deal themselves a deathblow?” And L’Heureux Lewis-McCoy, a professor at New York University, recently told the science journalist Melinda Wenner Moyer that any increased privatization of education was likely to “widen the gaps between kids.”

It’s too early to know whether home schooling is more of a real trend or a social-media fad. But the U.S. is facing a dire situation with schools: Remote learning went badly in the spring. The virus continues to spread more rapidly than in any country that has reopened schools. And, as Sarah Darville points out in an article for the upcoming Sunday Review section, the federal government has done little to help schools.