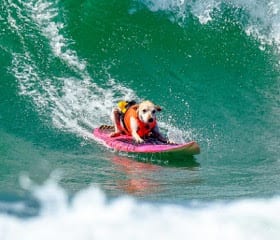 Top Dog Film Festival was postponed due to COVID-19. We have rescheduled this event to September 20. This will be a Virtual Screening with access beginning at noon PT through September 25 at noon. If you already purchased a ticket through Brownpapertickets you are all set. You will be sent a unique code to view the films. More info below. This is a great way to support the SC County Animal Shelter and the Rio Theatre – an Independent Venue, locally owned and operated, which is currently closed due to COVID.

The Top Dog Film Festival was launched in 2017 to showcase the incredible bond between dogs and their people through independent films. Touring annually the Top Dog Film Festival screens over 2 hours of the most inspirational, heartwarming and entertaining films related to dogs and their human companions from independent filmmakers around the globe.

Including a carefully curated selection of films of varying lengths and styles covering topics relevant to dogs and dog lovers.

SURFING WITH SUGAR:
Meet Ryan Rustan and his canine companion Sugar the surfing dog. Ryan grew up in Huntington Beach and comes from a long line of surfers. From an early age he hung out at the pier and got into a rough crowd of hardcore surf rats, leading to a troubled life as a young man. His path to healing came in an unlikely form: meeting and rescuing a street dog (and future surfing partner), Sugar. The two have since become local legends, inspiring visitors and locals with their abilities in the waves and their special relationship.

LURE OF THE NORTH:
A short film highlighting the passion and intrigue surrounding the winter sport of dog sledding.

The film profiles Blake and Jennifer Freking, a musher family from Finland, Minnesota who care for 60+ purebred Siberian Huskies. With over 20 years of working with the breed, they have each competed in numerous long distance dog sled races such as the Iditarod, Yukon Quest, and John Beargrease Marathon. The film explores the challenges of living and raising a family off-grid in the snowiest region of Minnesota and captures the Frekings’ devotion to the sport, spirit of adventure, and commitment to the well being of their huskies.

WHY PEOPLE TREAT THEIR DOGS LIKE HUMANS:
In their zeal to treat dogs like members of the family, some pet owners are supplying their pups with everything from “pawdicures” and full-on wardrobes, to five-star dog hotels and private chefs. Yet, not all pup-lovers think that treating their dogs like human children is what’s best for them.

ARTHUR
Heading into the Adventure Racing World Championships, Team Peak Performance for Sweden — Mikael and Helena Lindnord, Simon Niemi, Karen Lundgren and Staffan Björklund — was one of the best squads. The course spanned 700 kilometres, reaching about 15,000 feet in elevation and spanning 13 different climate zones across Ecuador.  On Day 4 of the race, the team reached a transition area, ready to change disciplines from biking to trekking. Just a few hours behind the leaders — close in race terms — the team’s course would suddenly change. A then-unnamed stray dog approached Lindnord. The animal was in poor condition, severely injured with a large wound on its back.  This chance encounter lead to a 10,400km journey for one dog to join a team and find a home.

GROOMED:
When a little schnauzer with a sentimental attachment to his beard is brought in for a haircut, his world is turned upside down.

COMPANIONS:
Head deep into the mountains with two snow loving dogs, Kicker and Gru.  Proving that backcountry skiing, deep powder and an off the grid cabin are not only pleasures for humans! These types of adventures with our companions make the most incredible bond and an experience that will never be forgotten!

LAND OF STRAYS:
In the mountains of Costa Rica, Lya Battle gives a second chance to over 1,000 stray dogs at her sanctuary, and hope for those who have yet to be found.

ODD JOBS FOR DOGS:
A Top Dog Film Festival original production that delves into the interesting and unique jobs that dogs do.  While there is endless data on the types of jobs humans do there is little documented about the jobs that dogs do and the impact they have on our lives and workplaces.  We meet four dogs from different walks of life and very different jobs and learn about the work they do.

CRUISIN CANINE:
Eclipse is one smart Lab.  She also loves going to the dog park.  So much so that she took herself one day – on the bus no less.This is the story of Eclipse. Seattle’s bus-riding dog. 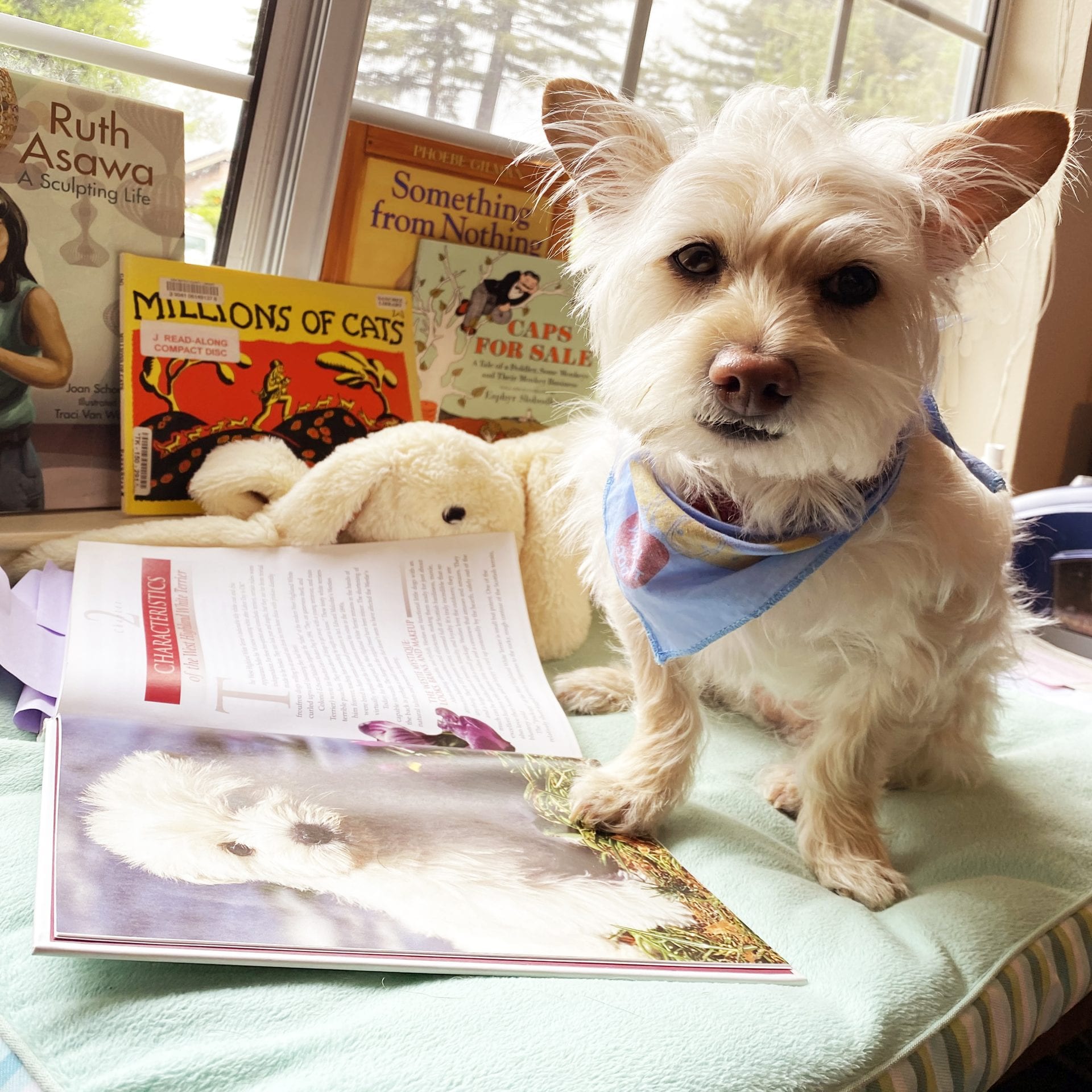