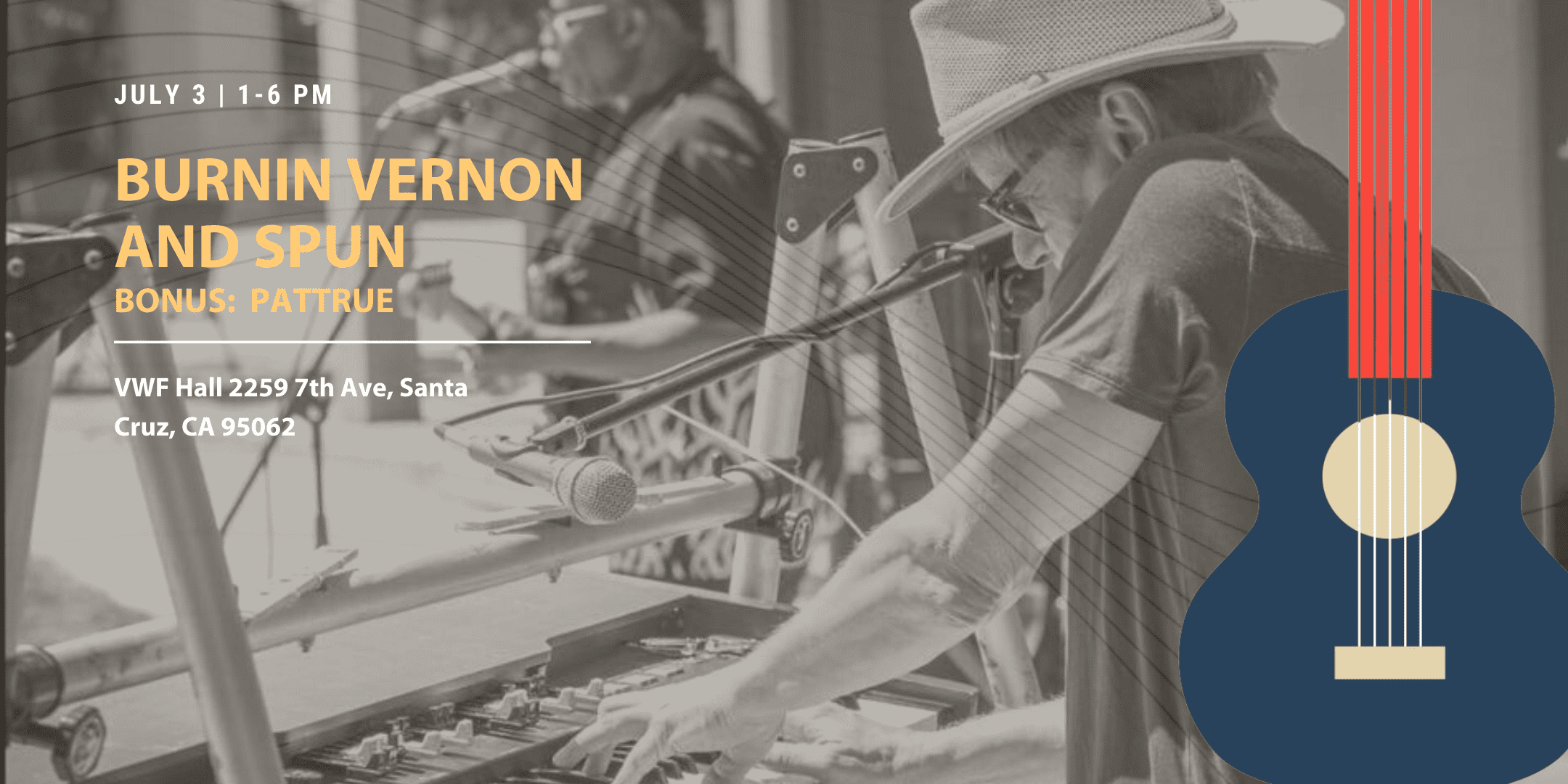 About the artist:
Vernon has also been a digital composer and songwriter since starting with Acid Pro software in 2002. He formed SupaSoul Productions at that time to take advantage of opportunities for online collaboration with other like-minded digital composers.

Ted Welty (T. Rollin), guitarist and singer/songwriter, is best known as co-founder of 1990s alternative rock band Iguana Jive. The group was signed in 1994 by indie label, Maddog Record, and went on to record their first album at A&M studios. A second album was recorded and released in 1997.
Special message to bar owners: Ted acts as our manager. If you’re thinking about shorting us gig money, think twice. Ted is a karate master, having studied with Chuck Norris.