Cabrillo Stage The Pirates of Penzance 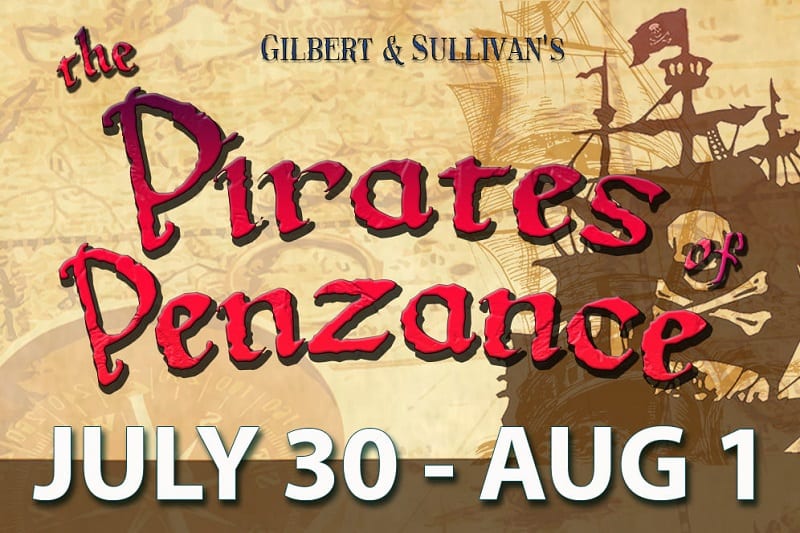 Cabrillo Stage The Pirates of Penzance

PIRATES OF PENZANCE: Set sail with this classic comedy that boasts one of the most famous patter songs in musical theatre history. A fresh take on one of Gilbert and Sullivan’s most popular comic operas, this updated version of The Pirates of Penzance took New York by storm when it premiered in Central Park in 1980, leading to a subsequent smash-hit Broadway run.

Gilbert and Sullivan’s hilarious, hopeful farce follows young Frederic, an orphan who has mistakenly been apprenticed to an ineffectual but raucous band of pirates. He disavows the pirates’ way of life and falls for the beautiful Mabel. Frederic’s melodious tones win over the heart of Major-General Stanley’s songbird daughter, Mabel, but when the Pirate King discovers that General Stanley has lied about being an orphan to keep the pirates from stealing all of his belongings and carrying off his bevy of beautiful daughters, an “ingenious paradox” may prevent the budding romance and lead to the death of “The very model of a modern Major-General.”

This is a show you don’t want to miss! get your tickets or watch with Live Stream at home today!
https://www.cabrillostage.com/piratesofpenzance

This summer all performances will be held in the Cabrillo College Outdoor Amphitheater.

Tickets are sold as BOX SEATS in pairs of 2, 3, 4 or 5 seats in the bleachers. We also have LAWN SEATING sold in circular pods with seats of 2, 3, 4 or 6. Individual tickets and Season Subscriptions are not available for our 2021 Summer Musical Festival Fundraiser.

By purchasing any seat block or pod, a patron agrees that all individuals who will sit with them in the same seat block/pod include individuals from no more than three households, and that all members of the guest’s party in the seat block/pod are in-state or fully vaccinated out-of-state visitors.